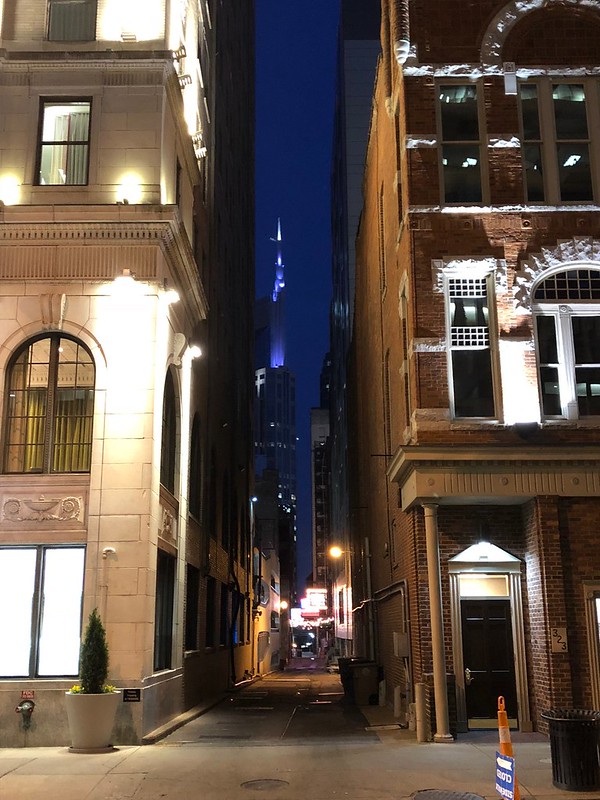 Last week, while attending a conference in Nashville, Tennessee, I had a chance to walk around the downtown area. Traveling alone has always been something I’ve enjoyed. I can give myself permission to wander without any destination in mind — it’s a great way to get immersed in a new city. Without anyone else to distract my attention, I was also freed up to observe the details I might otherwise gloss over.

Nashville is a beautiful city with amazing music on display seemingly everywhere, a thriving food scene and fascinating history. But like so many urban cores in America, it also has something else — a homelessness problem. In the span of four blocks, I passed two people panhandling, one person sleeping on the steps of a church (appropriately named St. Mary of the Seven Sorrows), and one person loudly talking to himself.

It was overwhelming. My first instinct was to ignore it, as most of us do, as I typically do on any given day. But then I changed my mind. I decided that instead of pretending that a homeless person wasn’t there, that I was going to notice them. I was going to make eye contact and acknowledge their existence.

That night, on my way to an event after the conference, I heard someone say, “Please, sir, will you stop a moment?” I stopped. A woman was sitting in the doorway of a closed office building. There were tears in her eyes.

“Please,” she said. “I am thirty-eight dollars away from making rent this month. I have three kids and five grandbabies at home. Can you spare anything?”

I asked what her name was. It was Antoinette. She told me that she was selling newspapers to raise money — one dollar per copy. I told her that I would be happy to buy one from her. I gave her a dollar and let her know that I hoped her luck turned around. She thanked me and I continued on my way.

The newspaper was a short tabloid filled with short articles by homeless people in Nashville, telling their stories. Side note: For my readers in the Tacoma area, please check out One Person’s Trash, a similar publication that is written by people experiencing homelessness and sold around the city. It’s an amazing concept that helps a lot of people. Please support them when you can.

Today, I find myself thinking about Antoinette and wondering if she was able to get enough money to pay her rent or if she and her family were going to end up on the street. And I’m thinking about how many of us — myself included — blissfully ignore the tragedies playing out on our streets every day and every night.

Maybe she was putting on act. I have no idea. We tell ourselves that people begging on the street are scamming us; it makes it easier to pass by without engaging them because we believe that we’re wise to the scheme. But what worries me is the possibility that some percentage (and I suspect it’s high, though I have no data to support it) of the people asking us for money really are at the lowest point in their life and have no other choice. That’s been eating at me all week.

It easy for those of us with the luxury of a roof over our heads and enough money in the bank to cover our basic needs to pretend that there isn’t a problem, but there is. Our cities are blighted. Poverty is all around us, but it appears to be most concentrated in our urban cores. This will only get worse as we react to suburbanization and downtown areas are subject to the forces of gentrification (and the increased cost of living that comes with it).

As a society, we have failed. The problem isn’t confined to Nashville. In every city in America, people are sleeping in doorways tonight. That should not be normal. We have failed to provide a safety net for our neighbors when they hit hard times. We have failed to prioritize affordable housing, accessible physical and mental healthcare, job placement and training, livable wages, good public education, veteran support, and strong communities that don’t let their residents fall through the cracks.

We are all at fault and it will take a concerted effort by all of us to create solutions to this vast array of problems. We are all one stroke of bad luck from finding ourselves without a job, without enough money to pay our bills, without a safe place to sleep. We owe it to each other to do better.

One response to “An American Failure: Confronting Urban Homelessness”