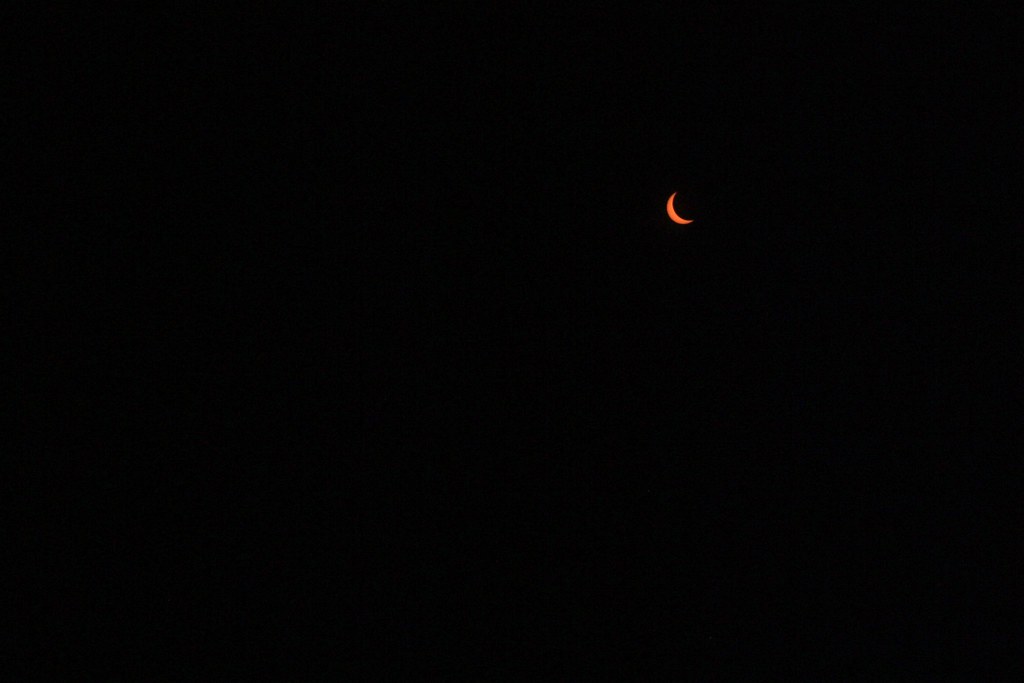 Even 200 miles from the path of totality, the solar eclipse was all anyone could talk about this week in Washington. In the mad scramble for special viewing glasses and the endless debates over whether it was worth it to brave the slog of traffic heading south, I found myself in my office’s parking lot at 10:00am on the auspicious date of August 21, 2017.

For the first time since 1918, a total solar eclipse would be visible across the entire lower 48. In Tacoma, it was calculated that we would see 94% of a total eclipse. The moment had arrived.

I’m not the kind of person who can not take a photo of a major celestial event, so I had my trusty Canon with me. Even with only 6% of the Sun visible behind the disk of the Moon, pointing a camera straight into the sky for any length of time is a sure way to melt your sensor. Sunlight carries a lot of energy and camera lenses are designed to focus light into a tiny area — exactly the way a magnifying glass cooks ants. I wasn’t taking any chances. 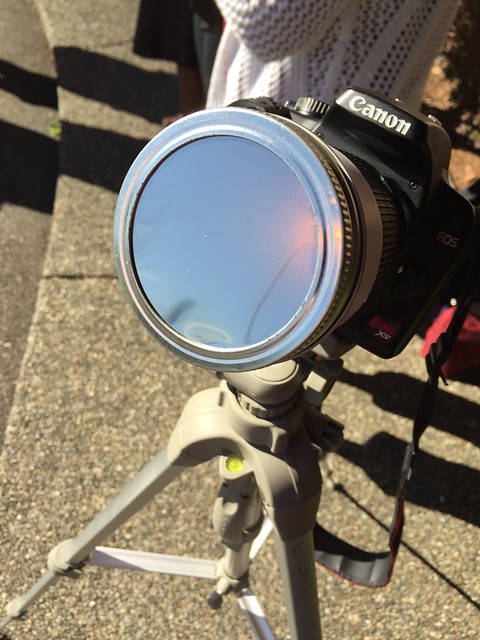 A few weeks before the event, I ordered a 4-inch-by-4-inch sheet of mylar solar viewing film and built a homemade lens adapter using the ring from a mason jar lid (my wife’s brilliant idea) and cardboard from the envelope the film came in. We were also lucky to snag a few pairs of what felt like the last remaining eclipse glasses on earth.

That morning, as I stepped outside, nothing felt abnormal, although a quick peek through my glasses showed that the Moon was already starting to cross in front of the Sun. I set my tripod setup. Unfortunately but not surprisingly, autofocus doesn’t work on an object 93 million miles away, so I had to focus manually. I couldn’t look through the viewfinder at the Sun, even with the filter on the front of the lens, so instead I set my focus on some wispy clouds on the horizon — as close to infinity as I could get without burning my retinas.

I found some base exposure settings online and started from there, bracketing a bit (but not enough, in hindsight) for more exposed and less exposed shots as the eclipse progressed: 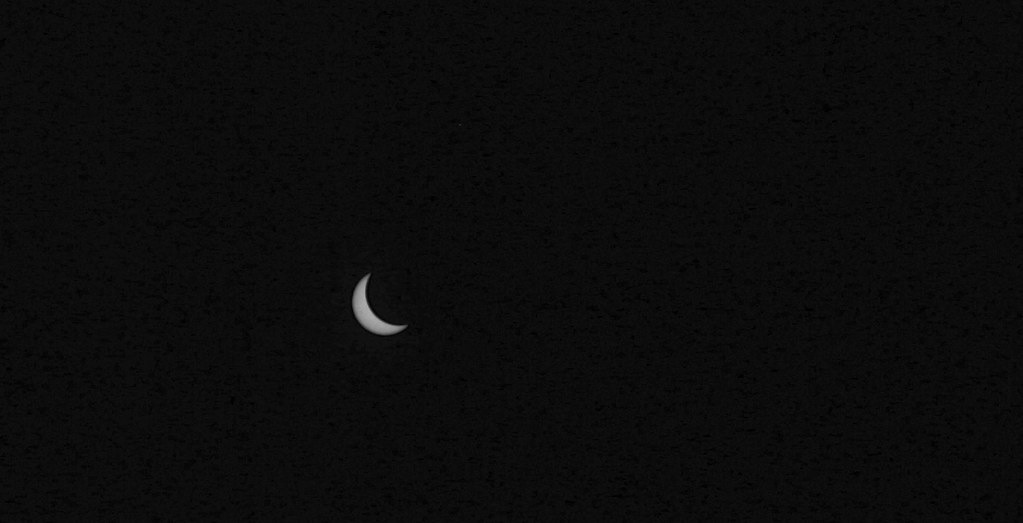 Then, it was just a matter of aiming the camera up and clicking the shutter. At this point, my coworkers started filtering out to see the spectacle. We chatted and passed around a handful of glasses so everyone could see the Sun disappearing behind the Moon and watched the leaves cast tiny crescents onto the pavement. 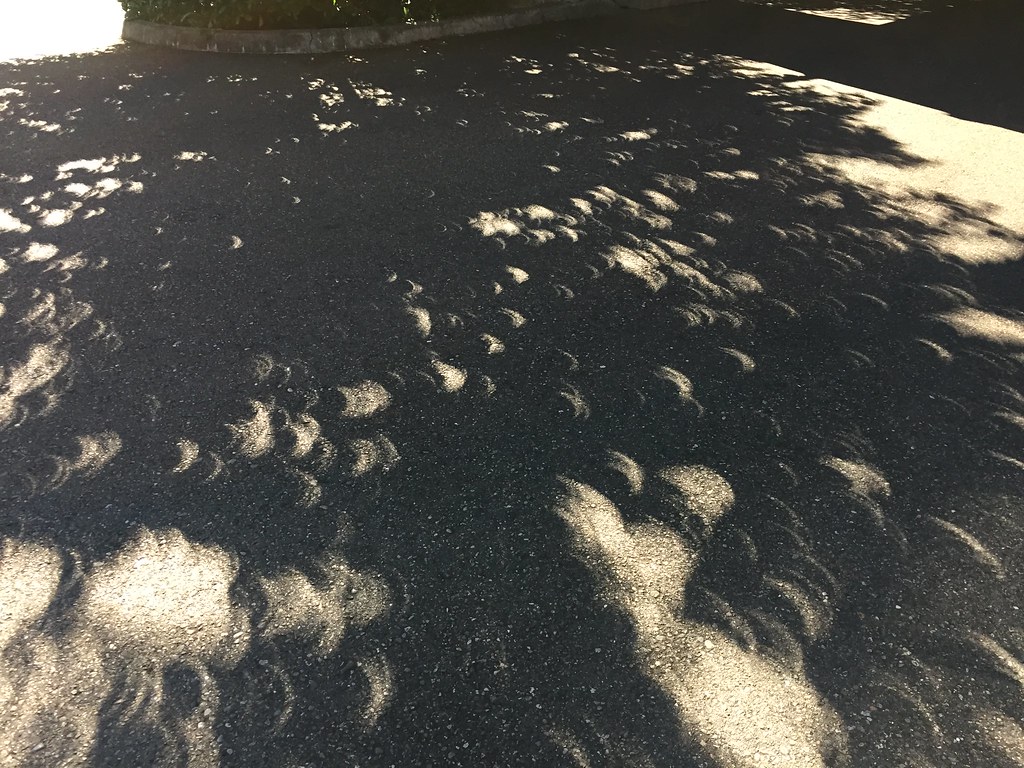 As the Sun was consumed, the light changed. The sky took on an early shade of grey-blue, like the color just before dawn. The temperature dropped by at least five degrees. A steady breeze picked up, as if a storm were approaching — but without a cloud in the sky.

I looked up through my viewing glasses. At maximum, the partial eclipse was so close to totality that I almost lost the sun in the vast, inky blackness above me. In a moment, the massive star at the center of our solar system was nearly invisible. An optical illusion left nothing behind except a thin, blood-red sliver. I felt so small in that moment. For two minutes and forty seconds, I was a microscopic being on a tiny rock orbiting a small star in an unremarkable corner of an average galaxy in a sea of galaxies. Our triumphs and failures, our progress, our regress, our wars; they’re fleeting and inconsequential in that vastness. The size and scope of the universe hit me harder than I had expected and it was stupendous. 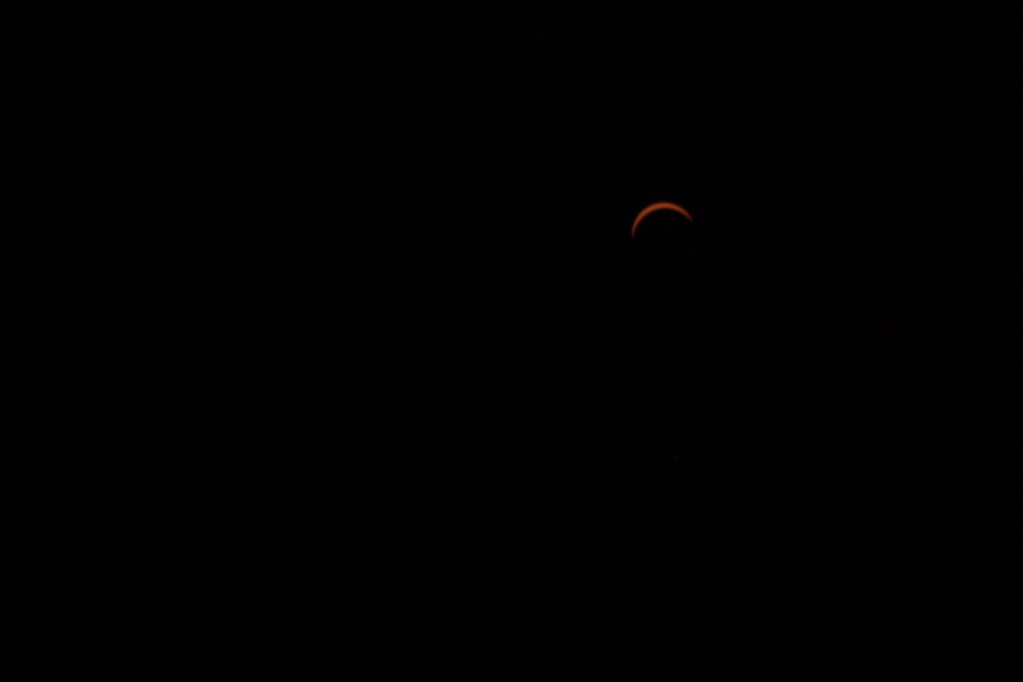 Somehow, in all of that, I managed to keep clicking the shutter button. Gradually, the sun returned. The shadows softened, the sky went back to blue, and I felt warm light on my skin again. One by one, my coworkers went back inside. I lingered. For a while, I didn’t even take any pictures. I just looked up and watched the slow, predictable movement of the Sun and Moon above and tried to grasp the intensely surreal feeling of standing under an (almost) total eclipse of the sun for as long as I could.

I’m still a little sad I didn’t pick up and head to Oregon to view totality, but I’m grateful I had the chance to view it at all (the weather in the Pacific Northwest, the cloudiest place in the United States, was perfect). A partial eclipse is amazing, but from what I’ve heard and seen online, totality is on a completely different level. Photographing the moment was a fun challenge, too, and something I’d like to try again.

So, I find myself addicted to eclipses and researching where the next ones will pop up and wondering if I might be there to experience them. July 2, 2019 in Argentina? December 4, 2021 amidst the penguins in Antarctica? April 8, 2024 in Pennsylvania? Who knows? 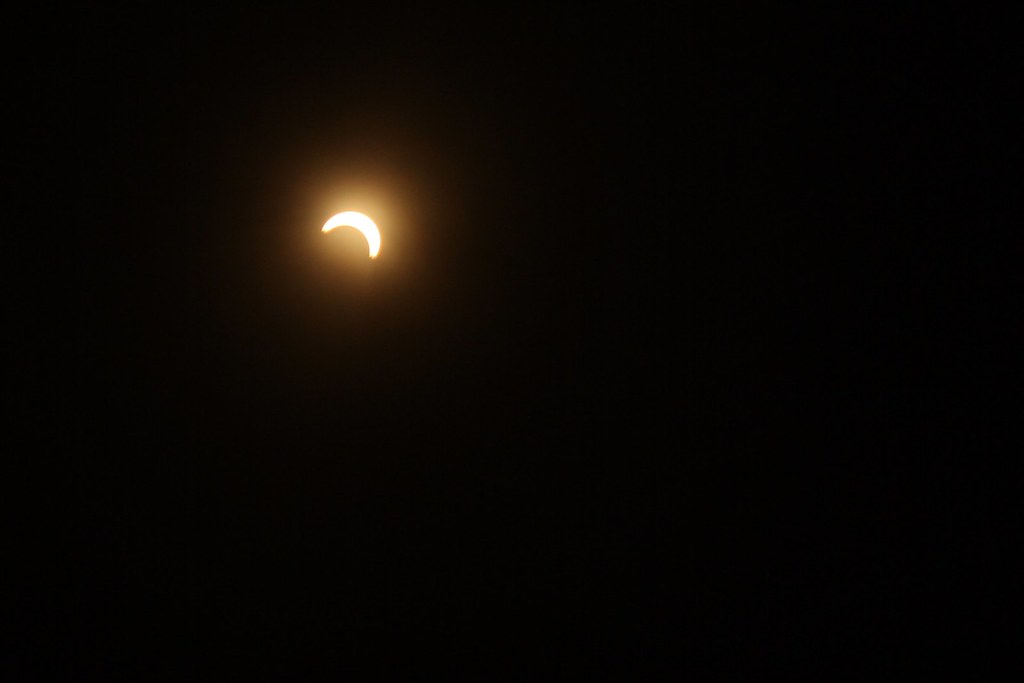 Jonny Eberle is a writer, photographer, and filmmaker in Tacoma, WA and a bit of an eclipse junkie. He usually forgets to bracket and ends up with a whole bunch of identically exposed photos as a result. Remember to bracket, kids.