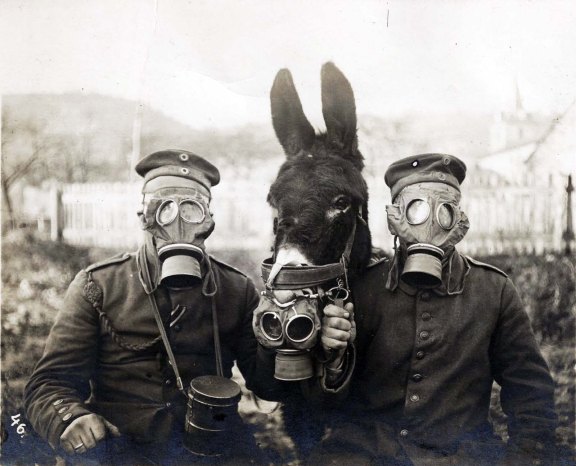 One hundred years ago today, millions of men in Europe were fighting and dying in trenches in a war that not only unleashed the terror of modern warfare on the world, but set the stage for nearly every conflict that would follow in the 20th century. I’m referring, of course, to the Great War, which today we know as World War I.

My fascination with WWI began in high school in a military history class, where we would reenact famous battles. It was in a shallow trench next to the football field, armed with a Super Soaker as water balloon mortars fell around me that I first gained an appreciation for what those who lived through the real thing must have faced.

Then, last year, I picked up a book called To End All Wars by Adam Hochschild. In Hochschild’s careful unwrapping of the war and its complexity, I started to understand the messiness of the war and its similarity to today’s global and regional conflicts. This was the war that introduced the tank and the airplane to the arsenal of death, but it also heralded the first time women entered the workforce en mass, the collapse of two major world powers, and the rise of socialism and communism in Europe. Above all, the stories of human suffering and human triumph were deeply affecting and fired my imagination (I was also inspired by my friend, Keene Short’s blog, which frequently focuses on the events of WWI and the Bolshevik Revolution). I was scarcely a chapter into Hochschild’s book when I knew I was reading the source material for a new story.

Tonight, I’ll be reading that story, which I’ve titled the Night Watch, at Creative Colloquy. This is my first serious dive into historical fiction, which is hard to do period, let alone in short story form. But I hope I’ve captured some of the nuance of the men and women who lived through the Great War. I hope to see you there.

Jonny Eberle is a writer and history junkie in Tacoma, WA. You can find more of his wit and writing  on Twitter or subscribe to the email newsletter to receive exclusive content and zero spam.

One thought on “Writing About the Great War”