We need to do something about gun violence. This week, a student opened fire in a high school outside of Portland, Oregon, killing one student and injuring a teacher. It would be shocking enough if the Oregon tragedy was an isolated outburst of violence, but it isn’t. It’s the fourth multiple shooting in the United States in the last six days and the 74th school shooting since the Newtown massacre of 2012.

A lot of good articles have already been written about every angle of this epidemic. We’ve blamed the lack of mental healthcare in our country, cyberbullying, video games and the availability of guns, but I think writers have a role to play, too.

Let me begin with a disclaimer: While I do make an effort to focus this blog on writing and not my opinions on current events, I think it’s important that we examine the way we talk about acts of violence. As writers, readers and storytellers, we have an enormous amount of power to shape public perception of these events, whether you’re a reporter, a columnist, a blogger or someone who shares their thoughts on social media. The words we use in our telling and retelling of these tragedies and details we include has an impact.

It all begins with the 24-hour news cycle. The instant a shot rings out across a college campus, the news hits websites and news feeds around the world. Our hunger for information drives reporters to go beyond the play-by-play of the shooting. We uncover the shady details of the shooter’s home life, his demons, his Facebook rants, how his kills rank against past shooters. We pick apart his methods and motivations. And in the eyes of some would-be shooter, the perpetrator of these crimes becomes a larger-than-life figure. The shooter becomes a cultural icon that overshadows the victims and the community. It may make for juicier cover stories, but it could be perpetuating the cycle of violence.

To be fair, the evidence that the media contributes to copycat shootings is mostly anecdotal. We don’t really know what drives a person to commit mass murder. According to Dr. Alex Mesoudi of Durham University, it is difficult to pinpoint a single trigger for mass shootings, but it is possible that media coverage itself encourages people who are merely troubled to get their 15 minutes of fame on the national stage. In a 2013 article, Dr. Mesoudi writes:

“Despite the confidence of many of these commentators in their views, empirical research into mass shootings is far less conclusive, and points to a confluence of factors. The availability of guns surely plays a role, as indicated by the sudden drop in mass shootings in Australia following a ban on semi-automatic shotguns and rifles. But while the availability of guns is necessary, it is surely not sufficient. Some perpetrators may suffer from some form of mental illness such as antisocial personality disorder, but the frequency of psychosis or severe mental illness amongst mass shooters is surprisingly rare. The effects of violence in movies, television and video games continues to be studied and debated: violent video games can trigger aggressive behaviour in a laboratory setting, but whether this extends to real-life cases of mass shootings is uncertain.

One potential cause of mass shootings that receives little attention in the mass media, however, is the mass media themselves. It may be that, simply by devoting continual, non-stop coverage to these events, the media may be encouraging ‘copycat’  mass shootings.”

It’s easy to get caught up in our curiosity. We all want to understand the motivations that cause our neighbors to become senseless killers. That curiosity is a natural impulse, but we should be aware that sensational coverage of a shooting can send the wrong message to the segment of Americans who might idolize murderers. 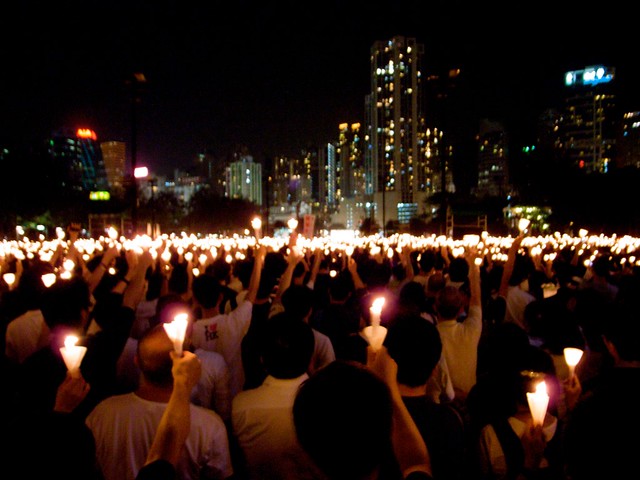 We shouldn’t give these people the spotlight. As tempting as it is to tease out the background of a killer, we need to resist that temptation. We’re telling a dangerous story; one that can be twisted to support a desire to cause harm. It can even lead to further bloodshed. When we write about shootings or talk about them with friends, we need to change the way we talk about them. The other day, my girlfriend and I were talking about the paranoia and ideology that motivated the murder of two police officers and a bystander in Las Vegas this weekend. And I realized that I don’t actually have any desire to know who these men were and why they felt the need to gun down three people in cold blood.

The shootings that are rocking this nation should not serve the shooters. We should remember the victims. We should recognize the heroes. We should push our elected officials to pass good legislation. We should change the way people get access to guns. We should build an infrastructure for mental healthcare. We should have a national conversation about violence. We should teach our boys and young men that slaughter is unacceptable. But we should do it without throwing fuel on the fire.

In Canada, the Sun News Network is doing exactly this. Following a recent multiple shooting, the network chose not to report the shooter’s name or show his picture. In an editorial defending the decision they wrote: “It’s easy to report on the life of the killer, to scour his deranged Facebook page, to speculate about motive, but doing so could actually encourage the perception that his heinous acts are somehow justified. We will not help give this killer his blaze of glory.”

Jonny Eberle is a writer in Tacoma, WA. Please share this with your friends. Let’s start a discussion. You can comment below or on Twitter. Thanks for reading.